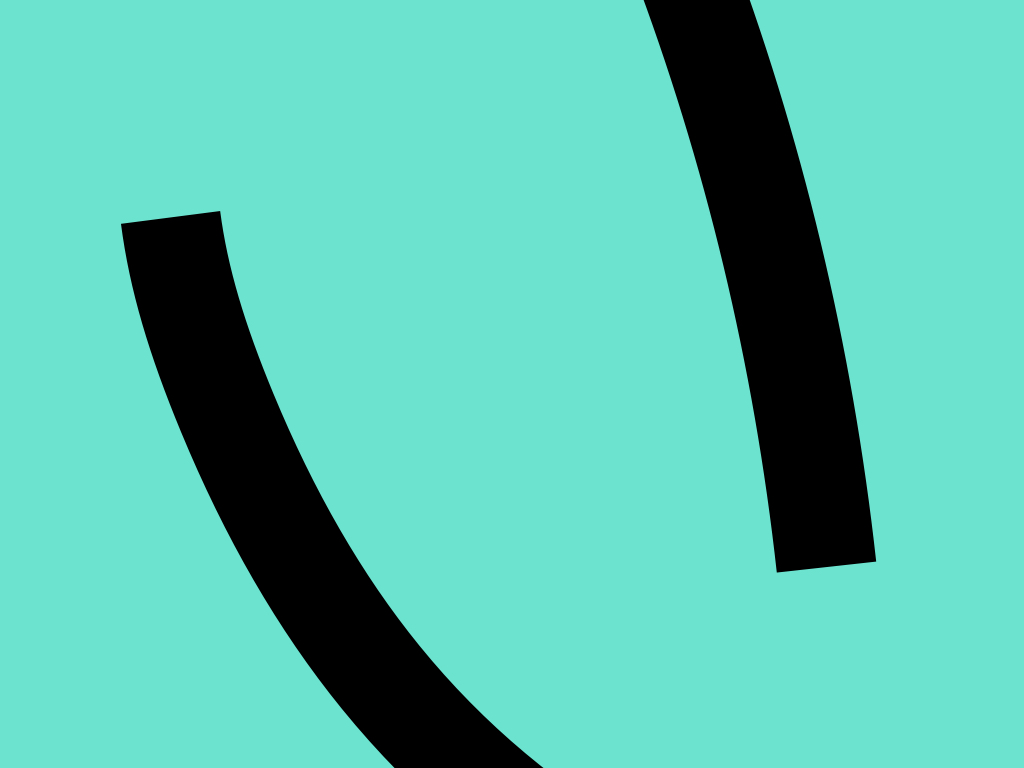 In the previous chapter, I indicated how we will have to measure our actions’ validity and sustainability at the individual, organizational, and global levels. I also wrote that, in a global event, there is a ‘before’ and an ‘after.’ I will expand on this notion here. That is the reality, not an esoteric observation. How this reality evolves is in our hands. And the further we go, the more concrete we have to be.

I will discuss in another chapter how survival behaviors manifest themselves cognitively and how they allow us to avoid or even denigrate what we do not want to see or understand. It is now vital to move beyond the habit of lamenting to varying degrees and demanding changes from institutions that are functionally incapable of providing them. We must look at what is happening beyond the superficial manifestations and symptoms. I will describe here the end of one world and the beginning of another. If necessary, look around for your own examples.

There is nothing impossible about this paradigm shift. It is not an Armageddon, but simply a transition. Not to be missed. Under no circumstances.

If we look at nature, at plants, in particular, we see that where, for example, one grass (a banana tree, for example, as it is a large grass, therefore easy to identify) dies, another takes its place. In reality, the one that grows does not wait for the other one to leave. It begins its growth underground before appearing while the other one is on the downward curve. The manifestation follows a gestation that is unseen in its early stages.

One visible world is about to leave while another is about to take its place. The Berkana Institute, which works on community-initiated change, calls this phenomenon the ‘two loops.’  The first loop describes a system (a plant, an organization, a society) that has reached the end of its life. The second loop describes the emergence, what needs to be born. Visually, this is obvious. 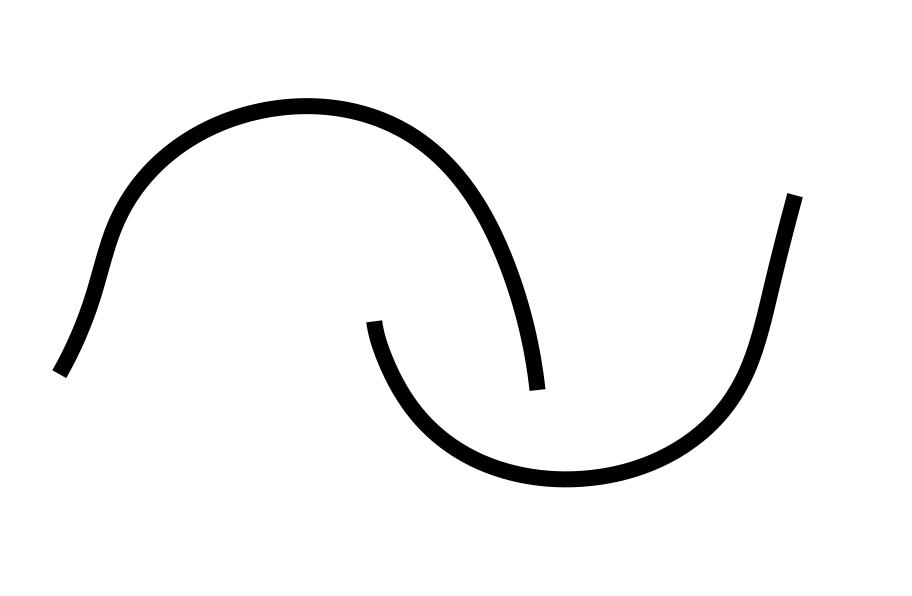 Let’s use these loops to describe the evolution of our society. The first loop describes the existing society. It too had a beginning, a period of fragility, then developed, peaked, and went on to an inevitable downward slope. It is not helpful to date these different phases because a curve cannot accurately describe society’s evolution as a whole. The curve serves to describe a trend.

Behind this trend, there are events. They are economical, political, environmental, etc. For example, we can think of the environment in terms of species extinction or simply by observing our own environment’s evolution.

In economic terms, the world debt in 2020 was 277,000 billion dollars. That is obviously completely crazy. You will, however, have no problem finding experts, especially on TV shows, to rationalize and justify it. Some will say that these are just numbers on a screen. If they are wrong, it means we are in a mess. If they are correct, how can we trust an economic system where society’s pillars such as education and health have lacked funds for decades.

Since the early 1980s, financial deregulation has led to all sorts of « big bangs, » the consequences of which we are still suffering and which I will discuss in a later chapter. The financial system is still in place only because we believe in it. That is what Yuval Noah Harari calls in Homo Deus an « inter-subjective reality. » It is a fiction, but it reminds us of itself in all our economic actions.

To measure any system’s health, we need only look at the alignment between its functions and what they do. Here, it is almost too easy. Money exists to facilitate exchanges to satisfy needs. We can see that we are very far from this. Financialization shows that we are not there at all.

Moreover, economic systems, and therefore currencies, are based on trust. However, and we will come back to this, it appears that trust is no longer voluntarily given, it is exacted. Therefore, this is not a question of trust anymore.

One aspect of a system’s health is its resilience, i.e., its ability to withstand adversity. The way the global economic system handles crises shows that it is no longer resilient. Each crisis pushes people into staggering debt. That has tangible consequences, starting with the individual, geopolitical and environmental effects. The system in place externalizes its failures by distributing the costs among individuals and the environment, which allows it to remain intact. The rush to continue to exist should not be confused with resilience.

One wonders not how states will finance repeated crises (that’s pretty straightforward) but who will pay and how. There is cause for concern. Indeed, we are at the mercy of a giant with feet of clay. Every day that passes, it is less and less safe from a fatal blow. The economic and financial system has become more than dysfunctional; it is dead on its feet.

There is no need to dwell on the disastrous state of our environment. I would, however, just like to add a personal example to all those you can think of. Last summer I was walking in the countryside with a nature-loving friend. We stopped at the edge of a wheat field, and he asked me what I saw. « Er, wheat, » I replied. « Exactly, not a poppy, not a bug, not a blade of grass. Only wheat. You won’t find a single earthworm either. The ground is dead for several meters deep. »

Without individually wanting to, we are collectively and relentlessly attacking our environment. In « Collapse, » Jared Diamond shows how environmental destruction and climate change contribute to the collapse of societies and that this collapse can be very rapid.

We might have hoped that our political systems could control all of the above. We know the answer. Solutions are being put in place, but their progress rate is linear and desperately slow, while the economic and environmental problems are growing exponentially. The gap is therefore widening rapidly. Sixty percent of the animal population has disappeared from the planet in the last fifty years, and still, this two hundred and seventy thousand billion debt is growing every second.

It would not be a good idea to stigmatize people who belong to dysfunctional systems because we all live in them. All we need to do here is to note that these systems no longer perform their functions. On the other hand, these systems are caught in their own contradictions. We see this in politics with constant party squabbles and election promises that are not followed through.

I have just described a system that is at the end of its life. And I have only done so quickly, using a few economic aspects. I could have mentioned education, health, the social fabric, etc., but I leave it to you. What I think is important to remember is that a system at the end of its life devotes most of its resources not to the fulfillment of its functions but to its survival. To achieve that, it externalizes its crises.

Let us look at the other curve. As I mentioned above, it starts in invisibility. In societal terms, when it emerges, it most often manifests in reaction to the existing system. That usually leads almost mechanically to its rejection, sometimes violent, by the system in place. Express your dissatisfaction, and you are a revolutionary.

That is because a system on a downward slope no longer integrates new information from the outside but instead tries to stifle it by throwing all its forces into the battle. As I have just said, a system at the end of its life develops skills mainly related to self-justification and self-defense.

So the curve of renewal sinks: it goes underground. I am tempted to say that it is actually ‘taking advantage’ of this to compress its creativity. Imagining that a curve can do such things, it has understood that it cannot expect much from the system in place. The renewal curve is beginning to see itself not as a force for progress but as a force for replacement.

Even though it is pressing, time is becoming his friend because the fall of the system in place is accelerating. Little by little, this renewal curve is beginning to show its nose (I know, curves don’t have noses either). That needs to be explained.

Each paradigm shift is associated with increasing complexity for the benefit of the emerging system, while the existing system’s frantic complexity leads it to chaos.

One of the main characteristics of complexity is its capacity to generate and benefit from emergent phenomena. Emergence is an integral part of complexity. It is due to interactions between different elements of the system that give rise to unpredictable events. Just as a wave can emerge on the surface of the sea for a multitude of reasons, the emergent manifestations of a system in the making are fortuitous and often difficult to explain. These emergent phenomena, therefore, take many forms.

In the beginning, there is no logic. Over time, a second level of emergence and, if not coherence, at least organization, begins to take shape. Links are established, synergies develop. These synergies respond to a global challenge. A paradigm shift is underway, and we cannot let the current system stand in its way.

Knowing that an emerging system brings more complexity, and as opposed to the existing system that requires hegemony, the emerging curve needs diversity. However, a massive structure (and the drift of the system in place leads it towards gigantism) has no interest in managing multiple particularisms, and it must erase diversity. History is full of such examples.

Today, the trend is reversed. We will see throughout what follows that it is diversity that guarantees resilience, autonomy, and harmony. It should become clear that a paradigm shift entails a shift in thinking. We cannot take our old belief systems into the world of the future.

Here we have our double loop, our two curves, and we see where they go and how they behave. But where do we stand? That will be the subject of the next chapter.

On financialization: the Observatoire de la Finance (Swiss think tank) explains that: « the process of financialization results from the rise of practices, techniques, representations, and values inspired by finance. This change is transforming the current economy and society by organizing them around a new coherence based on financial efficiency and a vision of linear time specific to finance. This coherence is approaching its breaking point with the current crisis, which would explain the « end of reign » atmosphere felt by some.

– On the collapse process, Jared Diamond is one of the best known « collapsologists » thanks to his book « Collapse, » published in 2005. The term collapsology was coined in 2010, but the subject goes back to antiquity. More recently, among the French-speaking collapsologists or assimilated, Raphaël Stevens, Pablo Servigne, and Jean-Marc Jancovici are particularly interested in the carbon issue, particularly within the think tank « The shift project. »

– On the notion of chaos: the complexity researcher Dave Snowden and his remarkable Cynefin framework, to which we will return several times.

– On emergence: Edgar Maurin, and on predictability and adaptability: Nicholas Nassim Taleb.

– On systemic resilience: the Dutch firm SiD and its SNO hierarchy model.

On economic forms of organization, the sources are innumerable, from Bernard Lietaer to understanding blockchain and triple-entry accounting, etc.

– On the source of global debt in 2020, which represents 101.5% of global GDP, more than at the end of World War II: https://www.latribune.fr/economie/international/277-000-milliards-de-dollars-nouveau-pic-mondial-de-la-montagne-de-dettes-prevu-en-2020-862998.html

We will, of course, come back to most of the models and themes mentioned above in detail.